If you walk into our head designer’s office here at Emtek, not only will you be greeted by his pet crayfish Gaston, but you will also be bombarded by an overwhelming amount of geek décor. When asked about it, he adamantly maintains that he indulges in different fandoms to constantly be learning about life and work through a lens that appeals to him. With this knowledge in mind, we thought we would take a page out of his book and learn more about metals through the lens of fictional metals from comic books. And so, we present to you…

Fictional Metals and Their Real-Life Counterparts 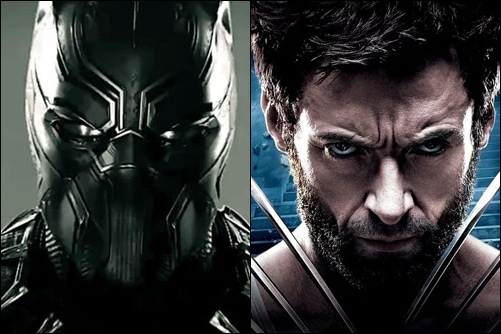 Arguably the most popular fictional metal would be adamantium. The substance, which is best known as being bonded to Wolverine’s skeleton and claws is commonly known for being virtually indestructible. According to the comic books, in its solid form, Marvel Comics’ adamantium has an extremely stable molecular structure. It is almost impossible to destroy or fracture in this state, and when molded to a sharp edge, it can penetrate most lesser materials with minimal force.

The technical term for adamantium’s major property would be high impact strength. Mangalloy, also known as manganese steel or Hadfield steel has an extremely high impact strength. The material is very resistant to abrasion and will achieve up to three times its surface hardness during conditions of impact, without any increase in brittleness which is usually associated with hardness. This allows mangalloy to retain its toughness. In fact, mangalloy is so tough that it is commonly described as having zero machinability. The material can be drilled with extreme difficulty using diamond or carbide, however the preferred method of cutting into mangalloy is laser cutting.

Created in 1882 by Robert Hadfield, mangalloy was the first alloy steel to become a commercial success and have behaviour differing from traditional carbon steel. Its creation is widely considered the birth of alloy steels. Mangalloy has been used in the mining industry, cement mixers, rock crushers, railway switches and crossings, crawler treads for tractors and other high impact and abrasive environments, it was also used for various helmets in World War I.

Vibranium is another fictional metal appearing in Marvel Comics. Most commonly known as the material Captain America’s shield is composed of, it is also noted for its connection to Black Panther, as his suit is made from vibranium and is found in his native homeland of Wakanda.

The most notable ability that vibranium has is its ability to absorb waves of energy and other vibrations and release that same energy. Obviously, this is somewhat far fetched for a metal to do within the laws of physics, but stay with us here…

James Kakalios, a physics, and astronomy professor at the University of Minnesota suggests a substance known as graphene would be the closest substance to vibranium known to man. Graphene is an ultra-thin form of carbon; only one atom thick. The carbon atoms of the material are arranged in a honeycomb, hexagonal pattern which allows the material to be both extremely flexible and is at least one hundred times stronger than steel.

Widely researched for semi-conductors and other electronics, graphene’s global market is expected to reach $151.4 million by 2021. While still in its infancy, graphene has a tensile strength of 130 GPa (or 19,000,000 psi) making it the strongest material ever tested. When tested by the Royal Swedish Academy of Sciences one square meter of graphene would be enough to hold up a cat that weighs 4kg, but only weigh as much as one of its whiskers and be virtually invisible!

Finally, one of the most recent major franchises to introduce a fictional material is Star Wars. Known commonly as Mandalorian steel, beskar is an alloy used in Mandalorian armor. It can withstand a direct blaster shot and could even repel the strike of a lightsaber. Beskar has arguably the highest heat resistance of any material in the fictional universe.

Tantalum carbide and has set the world record for heat resistance. The Imperial College of London discovered that this material could withstand temperatures of almost 4000 degrees Celsius.

It is an extremely hard, brittle, refractory ceramic material with metallic electrical conductivity. It appears as brown-gray powders, which is usually processed by sintering. Tantalum carbide is widely used as sintering additive in ultra-high temperature ceramics (UHTCs) or as a ceramic reinforcement in high-entropy alloys (HEAs) due to its excellent physical properties in melting point, hardness, elastic modulus, thermal conductivity, thermal shock resistance, and chemical stability, which makes it a desirable material for aircraft and rockets in aerospace industries.

While not a very applicable material for solid metal applications, materials like molybdenum and Inconel are far more commonly used to high heat applications in real world environments.