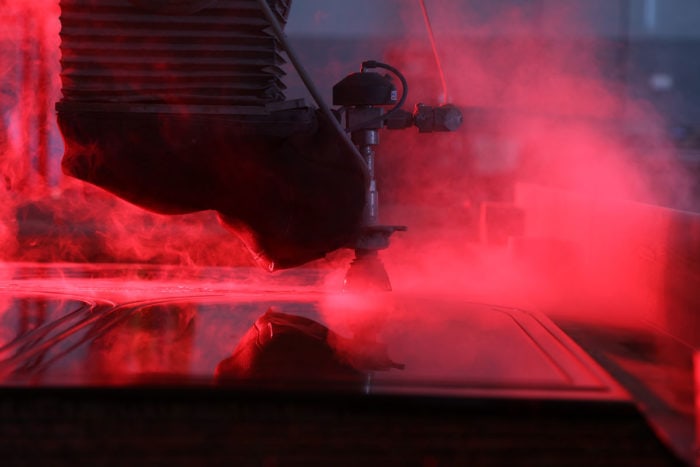 In Part 1 of this two-part series we discussed how immense pressure is created by the waterjet pump to be strong enough to cut through metal. However, there is an additional component in the waterjet process that aids in the efficiency of cutting steel and ensures your parts are cut with a smooth, clean edge. That component is abrasive garnet.

I once heard someone refer to waterjet garnet as “glorified beach sand” and while they are not completely wrong, the purpose it serves deserves much more credit than that.

When we refer to waterjet processing, we commonly call it “waterjet cutting.” This is actually a bit of a misnomer. Waterjet “cutting” is technically a process of concentrated rapid erosion. One of the most popular examples of erosion is the Grand Canyon. The beautiful canyon was formed over millions of years of erosion thanks to the Colorado River. 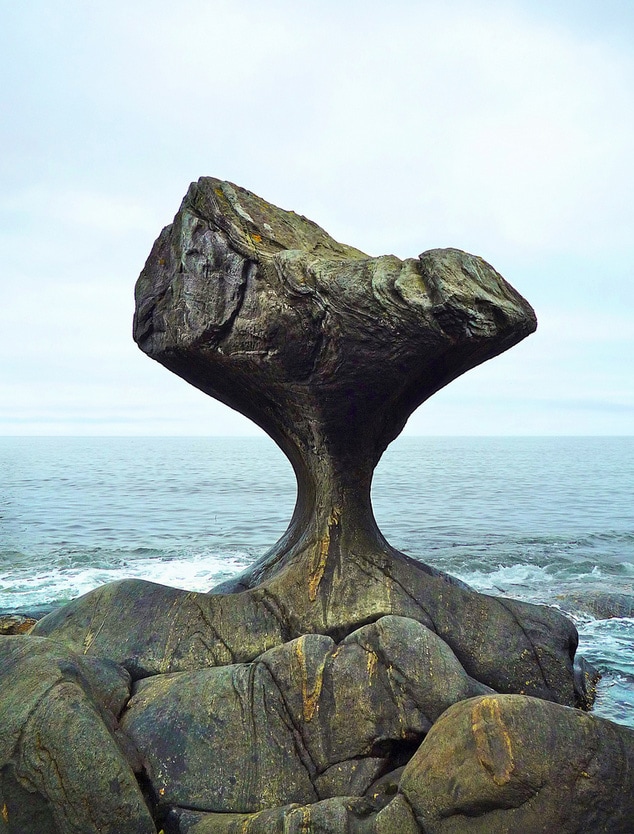 Another example of erosion, this rock formed after millions of years of waves crashing into it.

By adding an abrasive garnet to the high-pressure erosion process, we can speed up the cutting abilities by massive amounts, especially when cutting through tough materials such as steel, aluminum, or nickel alloy. It takes a lot of garnet to assist with this though, on average we use about one pound of abrasive for every minute spent cutting.

All that garnet gets pushed into the tank and creates a muddy remnant that must be cleaned out of the tank regularly. It then can be recycled, or disposed of in an environmentally safe manor, depending on the type of garnet you use.

Death Throw Me In The Trash GIF from Death GIFs

The waterjet process is a brilliant combination of science and engineering that yields some truly impressive results. If you would like to experience the difference waterjet cut components can make, give us a call!